Home / News / Encyclopedia / What are the applications of high-speed data acquisition in dynamic weighing instruments?

What are the applications of high-speed data acquisition in dynamic weighing instruments?

With the continuous development of economy and the continuous expansion of the logistics industry in various regions, driven by interests, some people arbitrarily modify the weighing system of the transport dynamic weighing and packing machine to increase the load on the vehicle, which leads to frequent overloading. However, vehicle overload has brought great destructive power to roads, bridges and other transportation infrastructure. In response to the above problems, the technicians analyzed the shortcomings of the current automatic weighing and packing machine and designed a CPLD-based data acquisition channel. 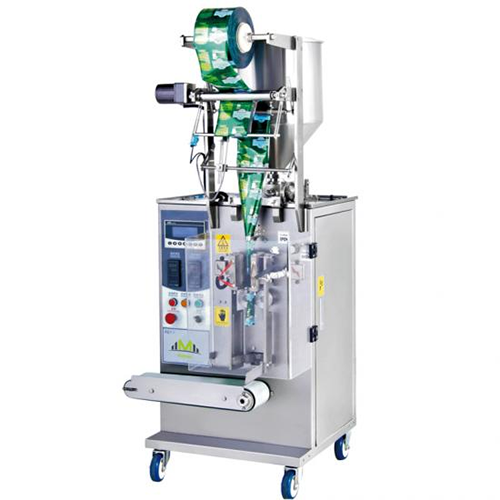 The shortcomings of dynamic weighing instrument

The dynamic weighing instrument can know the weight of the vehicle during the driving process. Because the automatic weighing and filling machine will not cause traffic jams, it is favored by various transportation departments. Because the signal obtained in the dynamic weighing process is a short course, non-stationary signal, the weighing signal is mixed with a lot of interference signals. Therefore, in order to purify the signal, new algorithms such as wavelet analysis denoising and neural network are introduced in the design of the instrument system.

However, the disadvantage of these algorithms with a large amount of calculation is that it will seriously affect the operating efficiency of the weighing packing machine. This means that the instrument can only start a new round of data collection after the entire weighing algorithm has been run. For this reason, some current dynamic multihead weigher machines use multiple CPUs to solve this problem, but this increases the flexibility and complexity of the instrument, and the cost will also increase.

In order to solve the above problems. A CPLD-based data acquisition channel was born to complete the data acquisition of dynamic weighing signals in cooperation with a dynamic electronic packaging scale.

The load cell converts the pressure into an electrical signal, which is sent to the ADC for analog-to-digital conversion through the amplifying and filtering circuit, and then the digital signal is written into a memory in the CPLD. After the memory bank is full, the CPLD will apply to the processor for DMA transfer and write the new AD value into another memory bank at the same time. This electronic packing scale uses the S3C44B0X processor, and sets the internal ZDMA of the processor to a whole service mode. When the DMA ends, the system will output a clear signal to clear the CPLD memory bank currently being read.

In the high-speed data acquisition circuit, CPLD is used to realize data exchange storage and some complex sequential logic functions, which can greatly simplify the circuit. At the same time, cooperating with the processor and adopting DMA data transmission mode can improve the operating efficiency of the weighing system. In fact, this system is a data acquisition circuit designed for a weighing and bagging machine, which has a certain versatility, and its dynamic weighing instrument also has a higher weighing accuracy.

As a leading manufacturer with automatic bag weighing and filling machine and auto weighing filling and sealing machine in China, we provide customers with one-stop service. If you have any demand, welcome to contact us.