Home / News / Encyclopedia / What is a quantitative packing scale?

What is a quantitative packing scale?

Quantitative packaging technology is becoming more and more important and prominent in modern times. There are many kinds of materials involved in quantitative weight and packing machine, including solid, liquid, block, granule and powder. These ever-changing physical properties require quantitative packaging technology to meet the weighing and metering accuracy of various varieties. Here, we mainly discuss "gravity automatic loading weighing apparatus", which is the most developed category with the most types and structures among all kinds of semi automatic weighing machines. 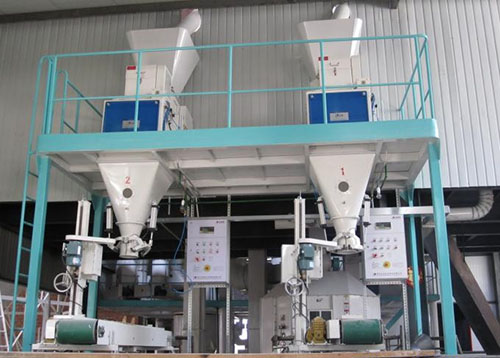 Gravity automatic loading scale is an automatic scale for weighing or packaging according to the weight of materials according to the predetermined weight and precision. It is usually composed of feeder, weighing and sealing machine (usually composed of weighing hopper and sensor, etc.), display controller and packaging machinery. Its forms roughly include: quantitative packing scale, liquid filling scale, multi-bucket combined scale, accumulation scale and decrement scale, etc. In addition to weighing accuracy, quantitative weighing packing machines also require weighing speed. Although the quantitative packaging scale is an automatic scale, it is basically a dynamic static weighing method.

The weighing methods of quantitative automatic weighing packing machines are divided into single weighing and component weighing. In order to improve the weighing speed, a single weighing and quantitative scale can also have two weighing hoppers, which can be weighed alternately or arranged up and down. The upper hopper is used for weighing coarse material flow. After the feeding is finished, the material is discharged into the lower hopper, and then the fine material flow is fed until the weight is set. At this time, the upper hopper of the automatic weighing filling machine is charged at the same time, so as to improve the weighing speed.

In principle, it has no obvious advantages for scales with good fluidity and small granular materials. There is also a commonly used quantitative scale, that is, the reduction scale. Its working principle is that the capacity of the packing weight machine’s weighing hopper is far greater than the weight of the required quantitative packaging. When the discharged material is equal to the predetermined weight, the unloading will be stopped, and the weight in the weighing hopper will gradually decrease, so it is called the reduction scale. Its advantage is that there is no problem of unclean discharge. 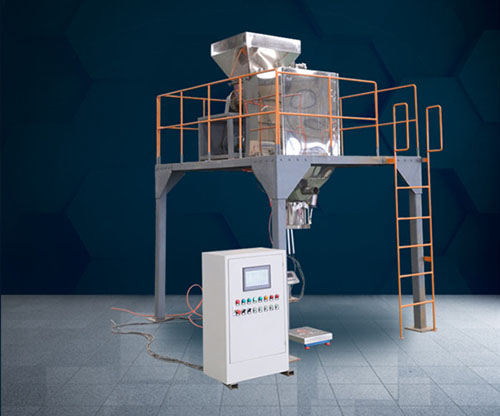 The display controller of quantitative auto weighing filling machine should have some requirements, and the sampling speed should meet the requirements of quantitative weighing speed and accuracy. In order to improve the loading accuracy, it should also have the function of adjusting blanking time and blanking impact. Advanced instruments are self-learning, and some can give the average value and error distribution of each package weight.